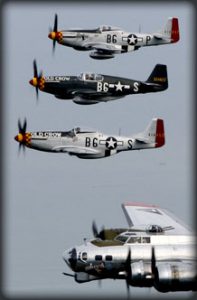 When I purchased my first P-51, SN# 44-74774, from Detroit local business owner Bob Byrne in October 1992, I embarked on a life-changing journey, the significance of which I could not have imagined at that time.

That event introduced me to a hither-to unknown subculture of aviation enthusiasts, business men, history buffs, patriots and national heroes that I would not otherwise have had contact with on a personal level. The resulting exchanges have yielded some of the richest friendships with some of the brightest, most patriotic and respected people I have ever known.

Additionally, through my curiosity and the application of my own three decades of internal combustion engine experience, I have become increasingly committed to the custodianship of the history, the technologies and the well being of the surviving and new hardware associated with the Rolls Royce Merlin, a 1650 cubic inch displacement, 60°, V-12 engine.

This engine was the undisputed reason the North American Aviation’s P-51 Mustang had the performance to defeat the German Luftwaffe in the skies over Western Europe between 1943 and 1945.

Looking specifically at the engine as it was operated and serviced in that time frame. It’s advantages were that it was reliable over short time frames (300 hours or less), it’s small cross section yielded an aircraft shape which afforded lower drag than with other engine configurations of the time, it made sea level horsepower above 30,000’, it was available in large quantities owing to Rolls Royce’s licensing agreement the Packard Motor Car Company, and it made possible a great range opportunity when matched with an aircraft like the P-51 Mustang which could carry almost 500 gallons of high lead content, high octane aviation fuel.

In 1992, when I purchased my first P-51, it was nearly fifty years after the conflict. The e Merlin by this time had been out of production for over three decades. Rolls Royce had reprioritized its attention and production facilities to the power plant requirements of modern jet aircraft. The Packard Motor Car Company had disappeared. The high lead content/high octane aviation gasoline was just a memory. The war time 300 hour service or overhaul period, achievable with no longer available all new war time components, was not sufficient for a modern civilian aircraft, even one with the historical significance of the Mustang. Just to point out a few of the difficulties for the Merlin currently.

So where did I go from here? To the experts of course, the respected and experienced, owner/operators, and the established and committed aviation A&Ps and IAs who had accepted the challenges of repairing and servicing the by now, very tired, surviving engines and their components. Note that I did not say “overhauling” the engine, since no “Repair Station” had been established with FAA approval and the log book entries were limited to an indication of service or repair. No Merlin engine, since the 1950’s, had been “overhauled” from a legitimate FAA regulatory point of view.

As one might expect, I did receive lots of advice as I asked questions to satisfy my early curiosities. Many of the questions I asked from people like Glenn Wegman, Rick Shanholtzer, Jack Hovey, Mike Nixon and Steve Hinton, received great insightful answers that put me on the right path. They have been valued resources for many perplexing questions I have had over the past twenty five years.

But unfortunately, some answers I received for some of my questions from un-named well meaning but misguided individuals operating, repairing or servicing the Merlin pointed me in the direction of blind paths with potentially disastrous outcomes which happily I did not pursue for long.

Some of the most outrageous answers to obvious questions were as follows:

1.Since the engine was not certified by the FAA, except as a component of the aircraft, the FAA had no interest in the Merlin except as an aircraft component.
2.Oil leaks can never be eliminated since the engine is so large, and is assembled from so many different materials having dissimilar coefficients of expansion rates with regard to temperature changes.
3.Dimensions out of tolerance resulting in larger clearances for moving parts are not a concern due to the engine size and since it was designed with great margins.
4.Oh yes, and that I should disregard all that I had learned about smaller, although similarly configured automotive, truck, marine and race application gasoline internal combustion engines since the Merlin was unique in it’s size, origin and application.

Looking at these responses in reverse order twenty years later:

4. I have found that the Merlin respects and is consistent with regard to combustion, ignition, oil system and cooling system problems and solutions that I have noted in similarly configured automotive, truck, Marine, and race applications, internal combustion engines I have had experience with over for four decades. Stated simply, everything I had learned in solving problems with and improving the performance and reliability of gasoline fueled internal combustion engines, which was relevant to the Merlin, consistently applied. There were no exceptions or contradictions for the Merlin due to its size, its origin nor its applications.
3. Though it is true that larger than Rolls Royce/Packard clearance between moving parts does not have the immediate catastrophic consequence that smaller clearances may have, adherence to the manufacturer published clearances is conducive to prolong component life and extended between service and repair time frames.
2. The engine is undeniably larger than many of it’s contemporaries but still requires the same consideration for dissimilar temperature coefficient and expansion rates to make secure the sealing of the oil and coolant systems. Respecting the dimensional limits and tolerances published by Rolls Royce and Packard greatly reduces the frequency and extent of oil and cooling systems leaks.
1. And perhaps most importantly, although the engine does not have a Type Certification independent of the air frame, the establishment of an FAA Repair Station with all it’s regiment and documentation provides a basis for bringing to bear all the surviving Rolls Royce and Packard approved data from the 1940s and the applications of the ensuing decades developments in internal combustion engine science, materials and processes.

Which provides me the segue into a discussion of our Roush Aviation FAA Certificated Repair Station and what it can do for owners, operators, mechanics and technicians who share my love and respect for the modern day Merlin and recognize the responsibility we show for the safety of it’s pilots and passengers.

We'd Love To Hear From You!

Roush Aviation’s FAA PMA pistons are machined from Aerospace Quality 2618-T61 Aluminum Forgings. Using technology and knowledge gained from experience in motorsports and performance engine development, our pistons are redesigned from the original Packard and Rolls Royce Pistons to create a piston with better operating characteristics over the original piston design. All of our pistons now come standard with anodized piston ring grooves and domes. Additionally, our pistons can be ordered with our optional thermal barrier dome coating and / or optional friction reducing skirt coating. Pistons are available for 5.395”, 5.400”, 5.403” and 5.405” bore sizes. 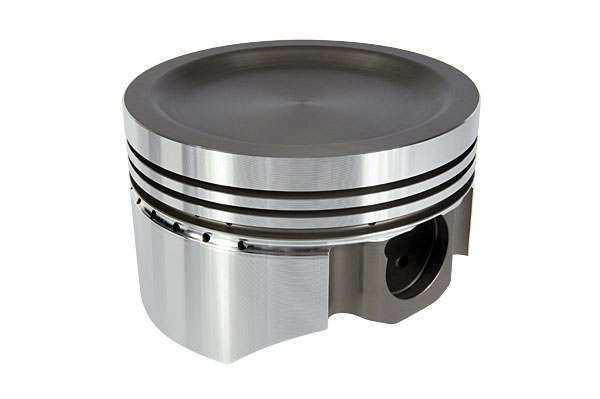 Roush Aviation’s FAA PMA piston rings are designed to operate as a set to work with our PMA piston. The ring set consists of a moly filled steel compression ring, a moly filled steel oil scraper ring, and a two piece iron oil supply ring. This modern ring package provides optimum compression sealing and oil control, with a reduction in drag from the original ring package. 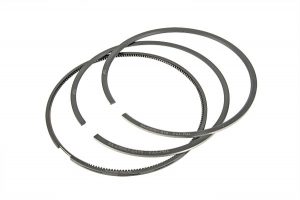 Roush Aviation’s FAA PMA piston pins are manufactured from aerospace quality AMS 6260 steel alloy. These pins are designed as replacements for the stronger Rolls Royce Transport Style Piston Pins. Our PMA pins are available in sizes from Standard to 0.020” oversize. 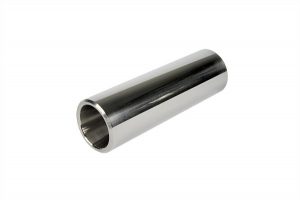 Roush Aviation’s FAA PMA piston pins are manufactured from aerospace quality Aluminum Bronze alloy. Our PMA bushings are precision machined to higher quality and tolerances than the original parts. Our PMA Bushings are available in sizes from Standard to 0.020” oversizes. 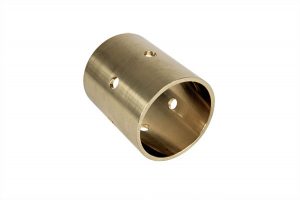 FAA PMA Steel Head Nuts are a direct replacement for the original bronze nuts. These nuts are made from AN fastener grade material and are substantially stronger than the original Packard or Rolls Royce parts. Available for Packard and Rolls Royce Transport styles. 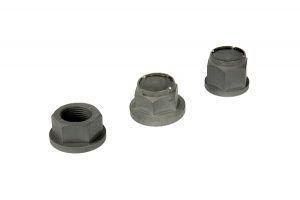 FAA PMA camshafts made from aerospace grade 8620 material and available in three different profiles: V-1650-7, V-1650-9, and Rolls Royce Transport 620 (D26917). Camshafts are selectively hardened on the lobe surfaces only with a thicker cross section on the quill to alleviate the problem of cracking found with original camshafts. 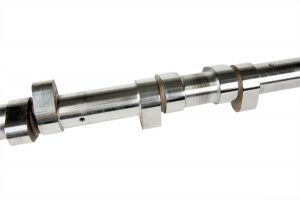 FAA PMA Roller Camshaft Package. This is ultimate upgrade for the Merlin Engine. Reduced maintenance, virtually no wear, no chrome or carbide pads to worry about. Our special roller camshafts are manufactured to the same detailed processes of our standard camshafts. However, they are specially ground to work with our FAA PMA 17-4PH stainless steel roller rocker arms. 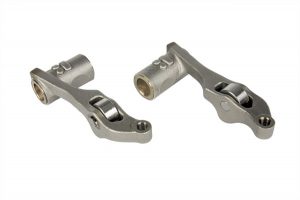 FAA PMA replacement valve springs manufactured to the highest quality spring wire and tested to over 10 million cycles without failure. Available in sets to work with V-1650-7, V-1650-9, and Rolls Royce Transport engine spring seats and retainers. Available in sets only, not available individually. 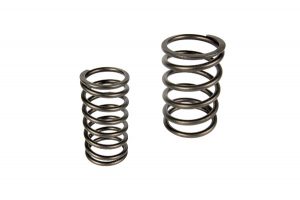 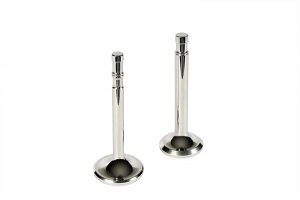 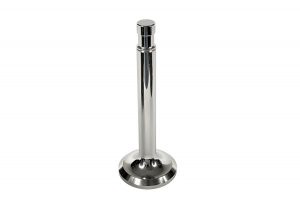 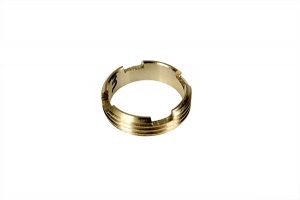 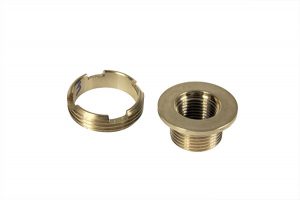 FAA PMA replacement Ignition Harness and Spark Plugs. Stop using old, unknown condition, expensive spark plugs. Switch to our ignition harness and spark plugs and save money and maintenance time. Our Harness has been thoroughly tested in all conditions, up to 37,000 ft altitude, rain, IMC conditions, without failure, issue, or increase in RFI noise. 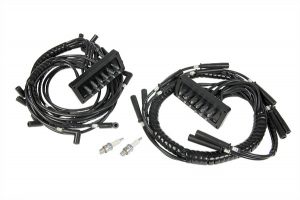 FAA PMA replacement Ignition Harness and Spark Plugs. Stop using old, unknown condition, expensive spark plugs. Switch to our ignition harness and spark plugs and save money and maintenance time. Our Harness has been thoroughly tested in all conditions, up to 37,000 ft altitude, rain, IMC conditions, without failure, issue, or increase in RFI noise 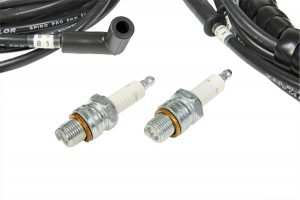 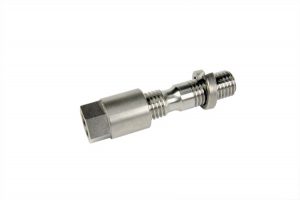 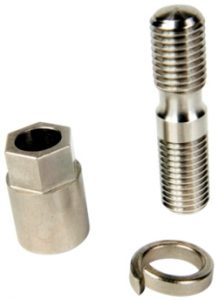 FAA PMA replacement Coolant Header Tank Pressure Cap. Our Cap contains a schrader valve in the cap to pre-pressurize the coolant system before flight or use it to pressurize a cold system to perform a maintenance leak check. Pre-pressurization of coolant system with shop air to 14-15 psi prior to operation will increase the boiling point of the coolant by 45°F (25°C). This will reduce the risk of having localized boiling in the cylinder head which leads to cylinder head cracking. Our Header Tank Pressure Cap is also available with an o-ring type seal, by sending your header tank to our FAA Repair Station for alteration. Additionally both caps are available with oversize threads to repair header tanks with damaged threads.

FAA PMA replacement Coolant Tank Pressure Relief Valve. Our FAA PMA Relief Valve is designed to accurately control coolant system pressure at 34-36 psi. This Valve does not open early and bleed off pressure before its set opening point like the original valve. 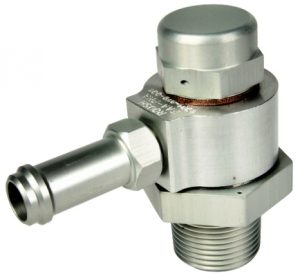 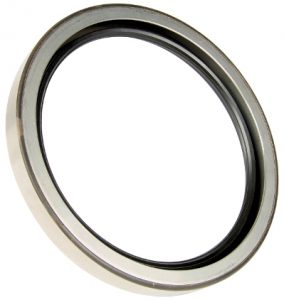 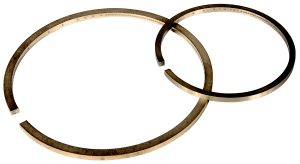 FAA PMA replacement Wheelcase Attaching Studs. Our FAA PMA Wheelcase Studs are made to the original drawing and specifications using stronger material. This joint of the Merlin engine sees high loads due to the transmission of power to the supercharger. Manufactured and FAA PMA’d to replace worn and fatigued original studs. 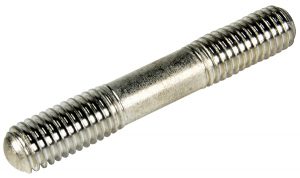 Socket specially made for removing timing plug from lower crankcase. 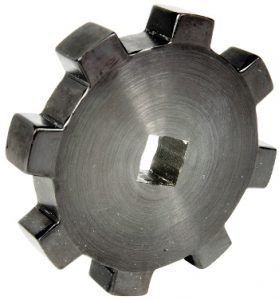 Tool to rotate the crankshaft, when the propeller is off the engine.